More than a Stereotype: Kentucky Greatness 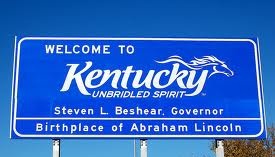 Kentucky: World renowned for bourbon, bluegrass music, fried chicken, and college basketball. In fact, we have TWO teams battling the Final Four for a spot in the NCAA tournament, in case you've been under a rock ... or in another country. Not to mention a little thing called The Kentucky Derby.

Being a lifelong Kentuckian myself, I've heard it all. For whatever reason, people seem to think we're all backwoods hicks with outhouses and no education. While KY has had its struggles over the years, everyone always overlooks the good things from our great state.

Aside from basketball, we're known for a few other great things. With the release of The Hunger Games, actors Josh Hutcherson and Jennifer Lawrence have found themselves in the limelight. And with the movie breaking records opening weekend, we're likely to see an explosion in their careers.

So why am I talking about that right now? Because both Hutcherson and Lawrence are Kentucky natives!

Many amazing, innovative, and world-changing individuals have at one time or another called Kentucky home. Among them are the following:

George Clooney (May 6, 1961-) – Actor, director, producer and screenwriter. Clooney has balanced his performances in big-budget blockbusters with work as a producer and director, as well as social, liberal and political activism. The United Nations named Clooney a “Messenger of Peace” in 2008. Born in Lexington, grew up in Augusta.

Johnny Depp (June 9, 1963-) – Actor and musician known for his portrayals of offbeat, eccentric characters such as Jack Sparrow in the “Pirates of the Caribbean” film series. Born in Owensboro. (He's actually my cousin!)

Brian Littrell (February 20, 1975-) Singer-songwriter; a member of the Backstreet Boys. He is also a contemporary Christian recording artist. Born in Lexington. 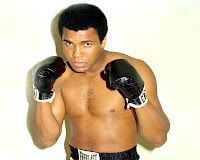 Diane Sawyer (December 22, 1945-) - TV journalist/commentator for ABC and co-anchor of its morning news show. Named one of the 30 most powerful women in America. Born in Glasgow.

These are only a handful. We can't forget people like Loretta Lynn, Patty Loveless, John Michael Montgomery (all country music artists), Daniel Boone (explorer), Zachary Taylor (president), Clive Cussler (author), Jim Bowie (Hero at the Alamo, inventor of the Bowie knife), Jennifer Carpenter (actress), John Carpenter (film director), Tom Cruise (actor), Ashley Judd (actress), Annie Potts (actress), Nick Lachey (pop artist), and countless others who were born here or somehow left their mark. Think what you will about each person, but there's no denying they've lent a hand in making America what it is today.

For more on famous Kentuckians click here and here.


A handful of others are making their way up the ladder some of them you may know, others maybe not. I think you should all meet the next few people and keep an eye on their careers! One day soon, you'll see them making a splash.

Elizabeth Isaacs: Up and coming writer and author of my all-time favorite YA series, The Kailmeyra Chronicles. She was born in Louisville and now lives in Lexington. For more about Beth and her incredible work, visit her site at www.elizabethisaacs.com

Todd Keisling: Another incredible author and mastermind behind the novel A Life Transparent. Todd is a two-time recipient of the Oswald Research and Creativity Prize for fiction. Born in Kentucky, he now lives in Pennsylvania. Learn more about Todd at www.toddkeisling.com

Cage the Elephant: When Cage the Elephant released their self-titled debut in 2009, they were heralded as saviors of slacker funk-punk thanks to their hit “Ain’t No Rest for the Wicked.” Hailing from Bowling Green, these guys have toured the globe and even made a song-stop on the CW series, The Vampire Diaries. Find them here www.cagetheelephant.com

Luke Asher: Indie, folk singer and Louisville native, Luke Asher provides a smooth combination of evocative lyrics and soul-moving melody. He's one of the biggest influences in my own writing. Had it not been for his haunting music, my story would've turned out completely different. Follow Luke on Facebook here and listen to the awesomeness that is his genius here.

Julie Kagawa: Brilliant author of the phenomenal Iron Fey series and the up and coming Immortal Rules, Julie now lives in Lousiville. Julie's books have repeatedly reached the top of the best-sellers lists! Find Julie at her website www.juliekagawa.com

Kelly Creagh: A new author, again hailing from Louisville, who restored my faith in excellent writing. Kelly's young-adult novel Nevermore is a brilliantly well-written novel based on the work of Edgar Allan Poe. A must read for dark paranormal lovers. Kelly hang here at http://kellycreagh.com


Here's to Kentucky being full of awesome! Who are some of your favorites from the Bluegrass state?


Posted by Hope Collier at 9:50 AM No comments:

Arrrgh: The Ugly Truth About Piracy 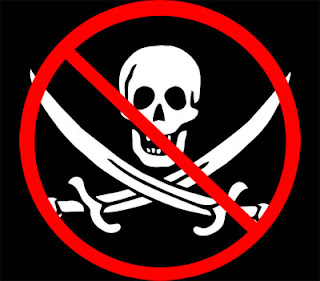 This is a subject near, though not so dear, to my heart. I think most authors have probably dealt with it at some point or another, and it stinks! There's no knowing how many sales I've lost to illegal downloads. From what little data I've gathered (according to the few sites who have download stats), I've seen at least 300 in just a month. The likelihood of it being more is undeniable, since most sites don't list them.

For me, I've never personally illegally downloaded a book. I know for 99% of authors, we aren't rolling in the money, and I wouldn't take that away. (Not to mention the fact that it's wrong.) Whether an author for the Big Six or Indie, we don't make that much from one sale, and far be it for me to deny an author their measly percentage.

I think for a lot of people who aren't involved in the creative process, they can't really appreciate what this means to writers. They don't see the countless weeks, months, or years we spend crafting, revising, editing, formatting, pitching, promoting ... on and on. They don't realize that a story is a part of the person who created it. It's a labor of love that involves the very deepest part of us. It doesn't matter if you're a new author or a seasoned vet, that feeling of sharing your heart with the world never goes away. And to have someone simply take it and offer all you've strained to give is painful.

Yes, it's stealing. Let's not argue semantics. While you may not "take" the original copy, duplicating or reproducing is the same. The people who post and those who download it are on the same playing field as one who'd walk into a bookstore, take a copy off the shelf, and walk out without paying. The principle remains. You're taking what doesn't belong to you, and that's wrong no matter how you look at it. Don't be a douche-canoe.

I make a percentage of my already inexpensive eBook. The Willows: Haven costs less than a Starbucks coffee or a value meal at any fast-food restaurant. Plus, reading has less calories. Most people can add up the massive amount of sales someone would have to rack up just in order to recoup the cost of publication for an author who's sought out an editor, cover designer, someone to format it, and so on. Trust me, guys, most writers AREN'T rich. If writing were my primary source of income, I'd be homeless at this point. For some authors, this is a sad truth. They do amazing work we'll never see because they can't make enough money to survive.

Not to mention the fact that piracy is hugely disrespectful! How dare a person take something they had no hand in creating and pass if off as if someone had vomited it out with no effort. That's gross and graphic but true. It took two YEARS start to finish for Haven to hit the shelves. Two years. That's time away from my family and friends. Time I nearly had to invent by sitting up all hours of the night, pounding away on the keyboard, trying to get ideas to paper. It was time I spent editing and revising while everyone else enjoyed their summer vacation or weekends off. Two years eating into my plan for world domination.

I don't resent the hours spent birthing Haven; I resent the fact that people who pirate don't care. They're as bad as those who mooch. They want something for free ... they demand to be entertained but at someone else's expense. How selfish is that? It's easy to see why authors get discouraged or quit, especially when you add the insult of them losing money. So in the long run, piracy ends the very thing the thieves demand: a good book. See there, common thief, now you've ruined it for yourself.

The good thing is, more and more people are being prosecuted. They can run you down using your IP address. PC World has an interesting article here. "Buying" a program to allow you to download from a site is stealing. Finding a loophole in a legal program/site is stealing. And Karma is vicious, I assure you. Not to mention the fact, hacks stand a good chance of A) getting caught and prosecuted, or B) catching a nasty virus that could wipe out everything on their computer. I wouldn't be sad about either. 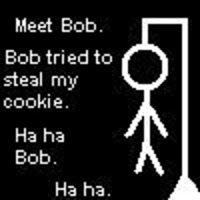 To sum up this quasi rant, DON'T STEAL. Don't support people/sites/programs that do. There are options out there like Amazon Prime or Rhapsody that give you freebies but legally. I've spent endless hours researching, reporting, and contacting sites regarding piracy. So to all of you who love an author and want more of their work, report sites when you come to them! YOU be an active part of securing the future of eBooks. I suspect more and more will happen in the future concerning stricter regulations and punishments. While the insane notions of SOPA and PIPA fell by the wayside, we're bound to see more things like this pop up with the increasing popularity of eReaders and insta-music. And Heaven knows we can't trust the government to get it right! Be the superhero of eBooks everywhere!

As always, happy (and legal) reading.