My name is Hope, and I'm a write-a-holic 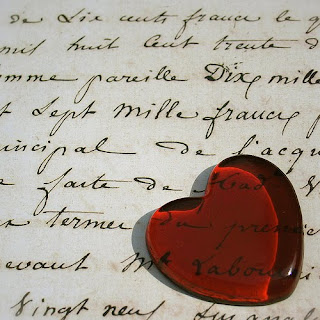 "We are shaped and fashioned by what we love."

Today's Quotable Quote comes from the supreme genius of modern German literature, Johann von Goethe. Goethe is right about that, no doubt. I'm a self-proclaimed write-a-holic, and I'm not ashamed to admit it.

Writing is my escape, a place where I get to do anything and be anyone. There's something magic about conversing with a group of characters in my head. They show up at the most random, and oftentimes inconvenient, times demanding attention and resolution. They want me to explore their world, to share in their joy and pain. And I enjoy it almost as much as I would with my "alive" friends.

Sharing the trials of your MC and overcoming their obstacles is powerful stuff, and building a world your imaginary friends are proud to call home is a notable goal. Granted, you may only ever be recognized by that group of non-existent beings. If you're a true writer though, that will be all you ever need to drive you on to more.

Every setting in my life, every experience, every song, every person becomes a story in my head. I think about how I could work that into a usable plot and just image the characters coming to life. I would say 90% of my (waking) life is spent in writer mode and even more so when I'm sleeping. I have multiple streams of thought, but one is always focused on a story.

Some say it's a curse that writers can't be happy. There's always more to do, more to accomplish than one has the time. For me though, it's just awesome. I know nothing will ever be exactly what I want. I've learned that much in this process. But it will never stop me from trying or enjoying every second of it.

So for Goethe to say we are shaped by what we love...yeah, I would have to agree with that. I've become who I am now, shaped by my love for writing.

Music: Because One Addiction is Never Enough 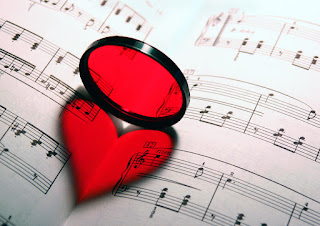 I'm sitting here, trying to drum up enough enthusiasm to blog about something important, or at the very least, interesting. I tried to write a post about book reviews, but it wasn't fulfilling, and I lacked a point. I thought about doing a piece on writing--something along the lines of style, grammar, or another rant about the loss of the Oxford comma. Several minutes later, I walked away frustrated.

Finally, I cranked up Rhapsody (which is my version of heroin, by the way) for inspiration and set my playlist to shuffle...then it dawned on me.

MUSIC! Someone once said, "Music is what feelings sound like."

I couldn't agree more. I am a music junky. Music is playing somewhere in my house almost every waking hour, and even some of the non-waking ones. If it were up to me, the world would work like the movies. Each person would have a theme song, and every scene in life would have a melody tied to it. Because in my head, it already does.

As I've said so many times before, music is like a heartbeat to me. I find more in a song than the rhythm and lyrics. The very essence of it plays through me like an emotion or a memory. Entire scenes work themselves out in my mind, inspiring stories and characters I wouldn't have known otherwise. That might sound crazy, but I'm a writer. It's a given.

More moments in my writing have been a result of a song than me actually coming up with it out of nowhere. In fact, if it weren't for Luke Asher, my book might have played out in a completely different manner. Yeah, soak that up. When it comes to music, I'm passionate to say the least.

So, I thought it would be uberfun and easy to talk about a song I've recently discovered and fallen in love with. This is one of those bizarre tunes that gets into your soul and never leaves. It's also one you'll either love or hate. Just weird, like me :)

Now, the song is great in and of itself, but at the 3:44 mark, there's about a 5 second pause before the music picks back up with a dramatic flair. Sensational! If I could ever get the scene in my head onto paper here, I'd officially be the female version of Tim Burton. Man.
Posted by Hope Collier at 1:46 PM No comments:

Today is the big day, guys! It has been a long time coming, but I'm so excited to share The Willows: Haven cover. 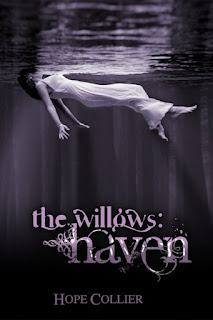 I want to thank the incredible Neil Noah for beautiful work. I love a cover that's symbolic but subtle, and Neil captured everything I wanted and more!

The Willows: Haven is slated for release late summer 2011 with Soul Fire Press. Sign up for the ARC tour here.

Thanks to all my friends for being so supportive and encouraging through this whole process. You guys keep me sane and never let me settle. You're the best!

I have lots more to share with you guys, but that's for another day. For now, if you're reading this, thanks for being awesome!
Posted by Hope Collier at 8:27 AM 9 comments:

Email ThisBlogThis!Share to TwitterShare to FacebookShare to Pinterest
Labels: a tale of many reviews, covers, exciting news, neil noah

Hello all! Happy 4th of July to you guys. I hope it has been a great one for you. I have some really exciting news I've been sitting on, but I'm free to share now.

This has been driving me crazy sitting on this, but I'm SO excited to announce that my debut novel, The Willows: Haven is going to be published by Soul Fire Press, an imprint of Christopher Matthews Publishing!!!

To celebrate finally being able to share this with you guys, A Tale of Many Reviews and I are partnering up for a Teaser Tuesday and cover reveal. Please stop by and check out the new cover and read an excerpt from the book. While you're there, sign up to be part of the ARC tour!

Have a safe and happy holiday, everyone!
Posted by Hope Collier at 12:29 PM 6 comments: