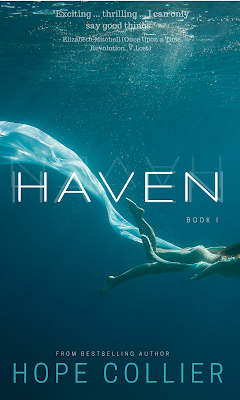 When tragedy strikes, seventeen year old Ashton Blake sets out on a cross-country road trip, leaving the comforts of Malibu for the mountains of Kentucky. Along the way, she encounters Gabe Willoughby—the mysterious drifter with eyes like the sea and a knowing smile. Getting to know Gabe raises questions about her past. But no secret can be buried forever, and Ashton soon finds herself in a world where water is air and myth becomes reality.

Just as Ashton comes to accept her newfound heritage, she’s summoned to fulfill a treaty laid down centuries before — a treaty that will divide her love and test her loyalty. In the end, her future isn’t her biggest concern, her humanity is. To run may mean war, but is she strong enough to stay? 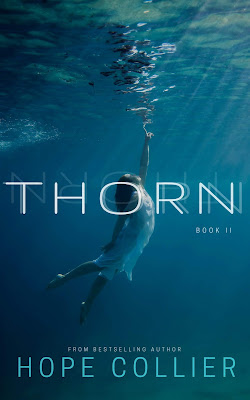 The Troubling Past:
One girl’s choice shouldn’t have the power to change fate, but for Ashton Blake, that’s exactly what it meant when she fled the Dryads. Trading one gilded cage for another is a far cry from freedom however, and Ashton knows escaping The Valley won’t absolve the treaty or her duty to fulfill it.

The Disturbing Present:
Reunited with her own kind, Ashton begins to uncover too many long-buried secrets—secrets that not only challenge what she knows of her family’s history but the reality behind those who hid it from her. Trying to resurrect the past, however, only complicates Ashton and company’s attempts to salvage the future.

The Unsettling Future:
As the truth is revealed, the myth of a possible alternative to the treaty is uncovered, but alongside this discovery comes a newfound ability with grave consequences. Now haunted by visions of an inescapable fate, Ashton realizes her future isn’t the only one at stake. But when an entire race hangs in the balance, there’s an impossibly fine line between salvation and surrender. 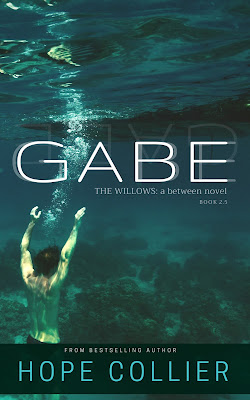 Haunted by the loss of his best friend, Gabe Willoughby's only wish is to protect her half-nymph daughter from meeting a similar fate. But hope and duty don't often keep the same company, and Gabe is bound by a peace treaty to deliver Ashton, heiress to the Naiad realm, into the hands of his enemies.

After years of defying the ruling families and planning Ashton’s escape, the pair is confronted by a series of harrowing encounters which leaves them both asking dangerous questions. But how can Gabe protect her from a world she doesn’t know exists?

As the threat to Ashton’s life mounts, the dark truth about her heritage begins to unravel, fraying the tenuous thread of trust between them, and forcing Gabe to choose between the love of one woman and the future of an entire realm.

Author Note: GABE is a full-length companion novel in The Willows series and is intended to be read after HAVEN and THORN. This story is HAVEN told from Gabe’s perspective. It includes both new and known scenes and information prior to, during, and after those included in HAVEN.