Who Wants to Win an #Amazon #Giftcard? 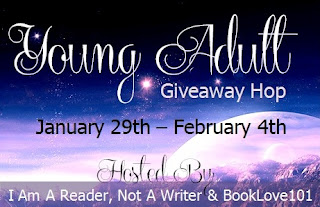 Many thanks to our friends I am a Reader, Not a Writer and BookLove101
It seems most readers like winning gift cards. And really, who doesn't? So, up for grabs is a $10 Amazon (or if preferred, B&N) gift card :D

a Rafflecopter giveaway
Posted by Hope Collier at 12:00 AM 7 comments: 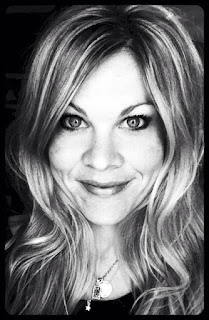 Today, I have the pleasure of welcoming the fabulous Valerie Haight to the blog! Valerie is a short story writer and contemporary suspense and romance novelist. She is a member of Ozarks Writer’s League through College of the Ozarks in Branson, MO and a published author with Turquoise Morning Press.

Thank you so much for having me on your awesome blog, Hope! I just bought HAVEN and I can’t wait to dive in! I love, Love, LOVE the cover and I know the story is going to rock just as much. I’m super excited to be here today to tell you about my first release!

Happenstance was published by Turquoise Morning Press on December 13, 2012. *Merry Christmas to me!*

I wrote this story using some of the relationship conflict I witness at my day job as an assistant in a corporate setting. Of course, I did what any decent writer would do. I took note of the Peyton Place happenings and filed them away to form Happenstance! Here’s what resulted: 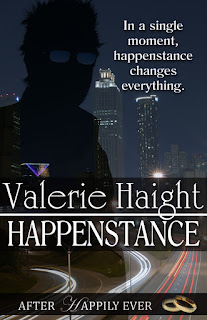 Taryn Ballard is happily married and a newly appointed analyst for a prestigious shipping company.  Her career upsurges in record time but she’s about to discover the real price of corporate life.
While on yet another business trip, Taryn suffers a brutal attack by a carjacker. Her husband isn’t there, but her co-worker Devin is.  The accidental bond Taryn and Devin share pitches them into dangerous and confusing territory. Taryn struggles to discern both her feelings for her sexy protector and Wade's reaction to it all. Unfamiliar emotions blur the rules of the game and Wade's ready to quit.
Taryn must rise above disaster to save her marriage. But is she ready to let go of the man who saved her life? In a single moment, Happenstance changes everything.
I learned to like putting my MC’s through the wringer and when that happened, the party was on. Taryn was so much fun to write because of her constant angst while I wreaked havoc on both Devin and Wade. Yes, I’m awful. My favorite genres are suspense and romance so I couldn’t resist merging them into Taryn’s story. Here’s a snippet to give you the feel of the book.

“Devin, it’s Taryn. You were right. The execs want me to meet them for dinner and I feel really foolish because I have a GPS and a connect-the-dot map from the concierge and I’m still lost.”
Devin laughed. “Not a problem. Where are you?”
Taryn took a second to locate the green street sign. “At the corner of First and Third at a tiny, ancient-looking convenience store.”
“Oh, I know the one. You’re right next to us. I could probably see you from the tower window. Okay, which restaurant are you looking for?”
Taryn grabbed the hand-drawn map. “Caminas.”
“I know where it is. Actually, it might be faster by freeway.”
“Of course it would. I just came from—”
An unexpected rush of damp, hot air hit her and Taryn turned, confused to see her door open wide. She sucked in a quick breath and saw too late the arm reaching for her. Terror gripped her as she zeroed in on the gun in her face.

Tweet with me @Valeriebrbr, follow me on Facebook or find out the latest on my Author Page about my upcoming short stories Raeanne Revealed in the Orange Karen Tribute Anthology out in April and Magnolia Brides in a TMP wedding anthology out in June!
You can also find Valerie scheming on the corner of Happy Trouble and Literary Mayhem, also known as Twitter @Valeriebrbr. Her author page on Facebook lists all the latest news on HAPPENSTANCE as well as her upcoming short in a wedding anthology, MAGNOLIA BRIDES. She also gives way more than her two cents on her website www.thewriteoneval.blogspot.com. To purchase HAPPENSTANCE, click HERE!

Thanks again, Hope! Wishing you MUCH success in 2013!!

Posted by Hope Collier at 8:03 AM No comments: