Interiew with the Lovely Kallie Ross. 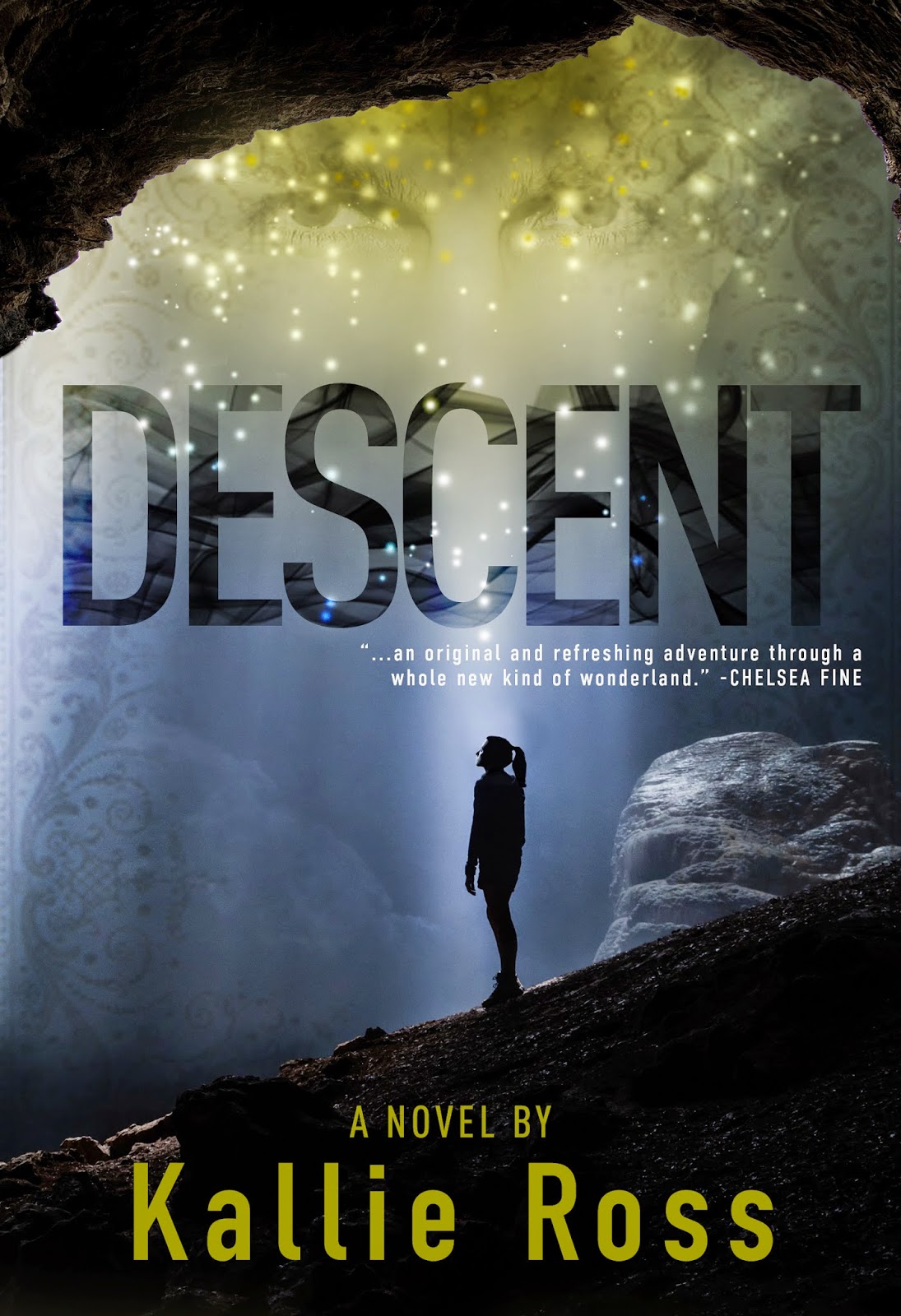 Seventeen year old Ollie Miller is ready to leave all of her hurt feelings behind, but moving on seems impossible while living next door to her ex-best friend, Mateo. When curious earthquakes begin to shake and rip open the foundation of her small town, the ground becomes as unsteady as her feelings for him. When they fall, they fall hard…
Ollie’s disastrous attempt to save Mateo’s brother from falling into a curious chasm results in their descent into a cavernous wonderland. Ollie, Mateo, Jesse, and Alexis search for a way back home, and encounter a mysterious tribe of natives. Gabriel, the next in line to lead his people, is granted permission to guide them to the surface. On their treacherous journey, an overzealous elder threatens all of their lives, because he can’t risk them exposing his people, or the power he wields. The group discovers ancient secrets, unexpected truths, and uncharted feelings. Ollie must find a way out or risk being stuck in the caves forever—or worse, dead.

Today I'm thrilled to be interviewing the beautiful Kallie Ross. I had the honor of meeting Kallie for the first time at UtopYA Con in 2013, and instantly fell in love with her sweet spirit and smiling face. So when her first novel debuted over the summer, to say I was excited is an understatement. And omgosh, don't you adore that cover?


Without further ado, the lovely Kallie...


* How did you come up with idea for Descent?

The idea for Descent was unearthed during a hot, dry Texas summer when a natural gas drill was erected in the field behind my former home. Kids ran through sprinklers and picked giant sunflowers for two months before the first earthquake was reported. My first thought was that one of the underground reservoirs would cave in, and our entire neighborhood would be swallowed up in a sink hole... As you can imagine, my mind took and ran with it from there!
After the local media covered the multiple tremors, the natural gas company put a stop to drilling temporarily. I headed back to the classroom (teaching High School English), and I immediately wondered what a group of my students would do if they fell into an underground world. My imagination got carried away the thought evolved into brainstorming and research. I knew that if there was any believable life found under the surface of the earth it would be in a labyrinth of caves and it would derive from our own documented history.

* What inspired you to write a novel that takes place primarily underground? 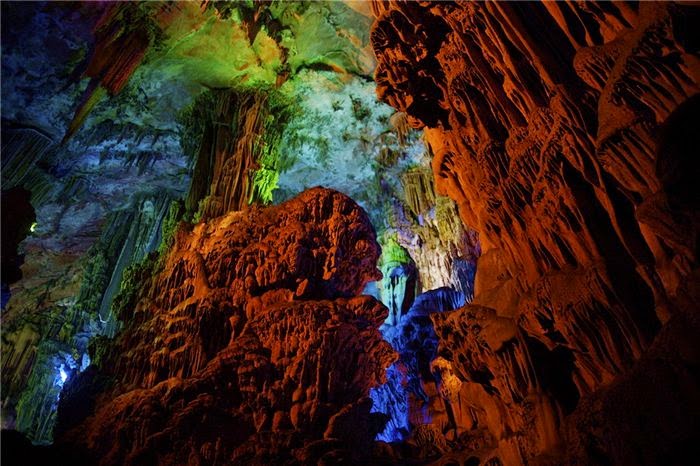 Caves and caverns are fascinating! I remember going to Carlsbad Caverns  in my elementary years, and wishing I could climb in, through, and around all the crevasses and chasms. Growing up, we all have fears. Mine vary (being in an elevator that’s free falling to being eaten while still alive), but being underground is the perfect balance of fear and intrigue for me, so writing about it felt challenging and exhilarating.
When I started working on characters for Descent, I wanted my main character to have the same enthusiasm. Ollie's story unfolded when I decided to base it amongst shadows, a mysterious light, and a ruthless villain. This underground wonderland is where her past, present, and future collide.

* I'm totally a name person. Some of your characters have unique ones. What factors went into choosing those you did?
Keeping the historical integrity of the backstory of the tribe Ollie encounters was a big part of naming the characters. I knew there needed to be an ancient sound, even if the tribe had evolved from it’s original language and location. I actually studied some Hebrew to make sure that the names of characters, food, and traditions were authentic.

I love giving my characters names that mean something. It builds them into 3D characters, and pulls them out of the page for me. I chose Olivia (a.k.a. Ollie) because of its correlation to the olive tree, and the uses of an olive branch in Biblical times. Hopefully, she’ll bring some peace and prosperity underground with her. Keren means glorious dignity. She’s the daughter of a leader in the tribe, and while she yearns to know more about the surface she also can’t help but seek the approval of her father. I’m really looking forward to having fun with some new characters in the second novel.

* The idea behind noor (the light certain underground tribal members can produce) and how it's used. How did you come up with that notion? 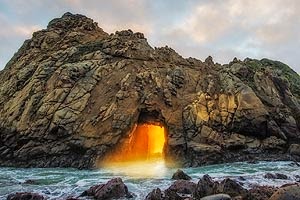 This one’s easy… The characters had to be able to see underground, and the tribe had to be able to survive underground all of these years. The light in most ‘center of the earth’ novels is made out of the earth’s core, but I wanted the noor to be more than just light. I wanted the tribe to attribute more to the light, like guidance, nourishment, and security. The most interesting truths about the mysterious light are still to come…

* Your characters are so much fun! And I love that your brothers Mateo and Jesse are Latino. Were any of your characters influenced by yourself or people you know?

I’m so glad you asked me this question! I have to give credit to a few of my students for Mateo and Jesse. I taught two brothers (Christian and Edward) a few years back, and their  relationship just stuck with me. They were devoted to their family and it’s Latino heritage, but they also fought with each other about everything. I have a lot of students I’d love to turn into book characters, but it will take a massive amount of time to work them all into a story of their own.
Alexis is another character that I hold dear. She is loosely based on my sister when she was a teen. My sister is a year younger than me, and while she loved her girl-friends, she always had a boyfriend in tow. Alexis is colorful, sarcastic, and at times self-consumed… And, my sister is still two out of three of those as an adult! ;)

* Are you a plotter or a pantser?
I like to think both, but if we were getting specific I’d have to say I’m more of a plotter. I love working on character building exercises, outlines, and research. There are moments when ideas just come to me, and I have to rearrange the outline, but I know it’ll be worth it in the end. There are some twists and turns I can’t plan for in the plot, they just have to work themselves out while I’m typing.

Ooooo… So much! Music is a big one. I have a playlist for Descent, and it contains the songs I listened to most while writing the book. History as a whole inspires me as well. While I’m drawn to the fantasy and science fiction genres, there has to be an element of truth (from our own world) to the story or backstory for it to resonate with me. Nature is a world of inspiration that I like to lose myself in from time to time. Whether it’s hiking or a picnic, there’s something about the bluejay’s song and the wind’s cool caress that removes me from the routine and into the resplendent. Some other inspirations are a great cup of coffee, anything dark chocolate, and visiting museums.

* I know you're a mom and probably don't have a lot of it, but what do you enjoy doing in your free time?

Splurging on any of the above inspirations is considered a win on a day that I have laundry, carline, and cooking to do. I think the biggest splurge would be collecting a few days worth of free time and creating a writerly weekend to dive into a few chapters at once. On a selfish note, if writing had nothing to do with the free time, I’d love to travel through Europe. I think I’d take away a lot of inspiration while riding trains from city to city and taking in the culture and art!

* What awesomeness can we expect from you in the future?

I’m working on the second book in The Lost Tribe Series. Descent is only half of the story. I’m hoping to have Defend finished and released by Summer 2015. I also have a high fantasy novel in the works… Lots of mind games, murder mystery, and otherworldly mayhem happening. I’m not great at multi-tasking, so I only write one novel at a time. My fantasy novel will have to wait a few months for me to jump back into it.

Rapid Fire:
* What 3 things would you take to live on Isle Kallie: A pencil that never grows dull, a journal that always has blank paper, and my husband.
* Favorite book character: Anne of Green Gables & Elinor Dashwood
* Best YA read this year: Mortal Heart by Robin LaFevers (The most elaborate, breathtaking bow to wrap up His Fair Assassins Trilogy.)
* Top 5 favorite authors: This is so not cool… So, I’m kickin’ it old school. Jane Austen, C.S. Lewis, Arthur Conan Doyle, William Shakespeare, and J.K. Rowling
* Your life’s theme song: I love music so much, that this seems cruel! With that said, this year I’ve listened to ‘We Come Running’ by Youngblood Hawke a million times! It’s more of a challenge song for me, it reminds me to keep my mind on what’s ahead. 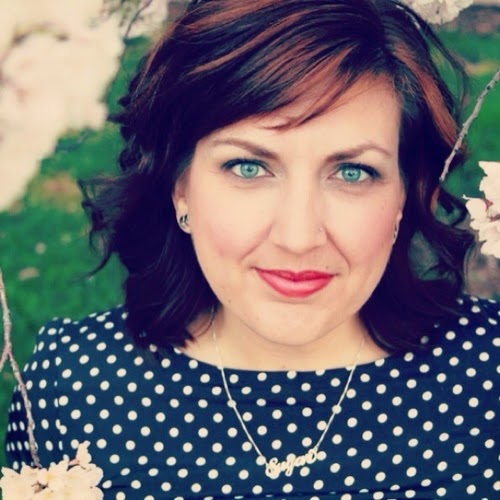 HUGE thanks to Kallie Ross for the interview!
Check out her books on Amazon, Barnes and Noble, and everywhere books are sold.
You can find more about Kallie and her books here:
Descent: ~You can read an exclusive excerpt, HERE!~
Website: KallieRoss.com
Facebook: Kallie Ross Facebook Page
Twitter: @KallieRoss
Posted by Hope Collier at 1:22 PM